Today we watched with awe as the Delta IV Heavy launched just up the coast from Santa Barbara at Vandenberg AFB near Lompoc, CA. This rocket, one of the largest every launched in the US, is thought to have been carrying a government spy satellite capable of identifying vehicle makes and models from space. It was a spectacular view, and here are some maps of the area. Check out where the action is! 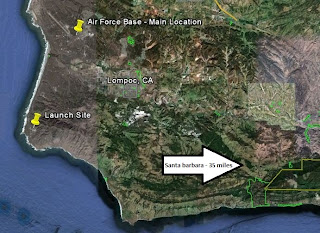 here we are about 75 miles north of LA. This unique section of CA's coast line runs East-West, resulting in over-land sun sets. 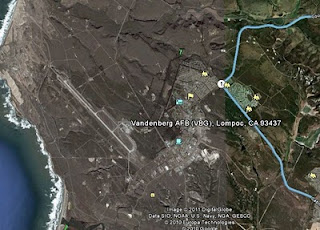 Here we see the main campus of the AFB, on the northern outskirts of Lompoc, CA. the blue line in the image is a route i took on a drive a while ago! 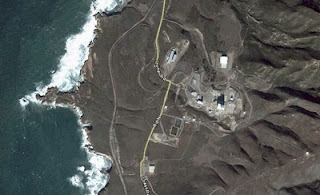 A close-up of launch pad on Point Conception. It's about 10-15 miles from the main base. 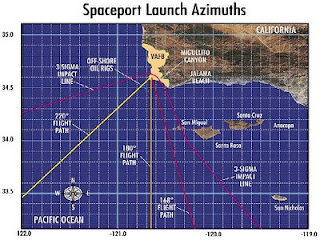 Possible flight paths from this particular launch site. Couldn't find exactly which one was used today. If you're handy with a protractor and saw the launch, let me know what you think!
Posted by Thomas Vieira at 15:46